If you are looking to make a custom Arduino-based Pi hat and want to provide firmware updates from the Pi then this is the ideal method. Or perhaps your dog ate your FTDI programmer and you want to make use of a spare Pi that you have lying around. Either way, let’s get started!

You will need a Raspberry Pi with the latest version of Raspbian, check the latest price at Amazon. This tutorial is suitable for headless machines, so you can use Raspbian Lite if you prefer. I would recommend connecting to the Pi using SSH so that it is easier to copy and paste the commands.

I would imagine that your interest in this tutorial means you are well beyond the point of needing a Raspbian installation guide! However if you need it for quick reference, you can check out my guide on how to install Raspbian.

You will need to install the Arduino command line tools so that Arduino can be programmed from the Raspberry Pi terminal. Go ahead and check out my tutorial on how to install arduino-cli on Raspberry Pi if you don’t already have them on your system. We will make a slight modification to them in order to use the GPIO serial port.

You will also need a method to shift the voltage level between 3.3V and 5V as the Raspberry Pi and Arduino operate at these different voltages respectively. It is possible to shift the levels using only resistors, however I would recommend using a simple and inexpensive level shifter.

Connect the Arduino to the Raspberry Pi

First let’s take a quick look at the hardware. The Raspberry Pi GPIO pins (including the TX and RX serial port pins) are not 5V compatible, therefore we must ensure the Arduino does not deliver the full 5V to the Pi.

The logic level threshold on the Arduino is however lower than 3.3V. This means that the Pi serial port TX pin is capable of switching the Arduino serial port RX pin without additional hardware.

If you are confident enough with hardware design then feel free to use a potential divider. For this tutorial I will be using a simple level shifter wired as per the following diagram.

First we should make sure everything is up to date in Raspbian, so go ahead and enter the following into terminal.

In the default Raspbian configuration, Linux uses the serial port to allow access via serial terminal programs. We must disable this in the Raspberry Pi configuration menu.

Once you have changed the configuration, click finish to return to the command prompt, then reboot the Pi.

Now we can make the necessary modification to arduino-cli in order to support the GPIO serial port. The serial port itself will work without modification, however we need to add DTR functionality so that the Arduino is reset into bootloader mode by a spare Raspberry Pi GPIO pin.

When the arduino-cli upload command is run it uses a tool called avrdude to flash the compiled .hex file to the board. As we must make a modification for this tool we first need to locate it.

The easiest way to locate the tools folder is to compile a sketch in verbose mode. You can compile any sketch you like, simply add the -v flag to the end of the command.

The compiler will run with more output than usual, producing a mess of output before echoing the usual success message. Within this information you will be able to see the path to the tools folder.

In my case the path is as follows, however yours may be different. Go ahead and change to the tools folder using your own path.

Next we need to rename the avrdude file within the bin directory to avrdude-original.

Now we can download the additional files from the Github repository by entering the following curl commands.

Finally we need to install some dependencies to support the autoreset script, so go ahead and run the following command.

Now when arduino-cli calls for avrdude, the newly added bash script will launch the original avrdude with the addition of using the autoreset script to pulse the Arduino reset pin just at the correct time. Awesome!

As we have made the modification within arduino-cli, it is now possible for us to use the Arduino command line to flash devices as usual with or without the GPIO serial port.

If you followed my tutorial explaining how to flash Arduino using the Raspberry Pi terminal, you can go ahead and try flashing the blink script using the GPIO serial port with the following command.

Note that you can ignore the error “strace: |autoreset: Broken pipe“

With a little effort to modify the arduino-cli program it is easily possible to use the Raspberry Pi GPIO header to flash Arduino. Now you can use it in your Pi hat design or perhaps as a backup for that time you cannot find your FTDI adapter!

Why not go ahead and check out some more of my awesome Arduino or Raspberry Pi tutorials! 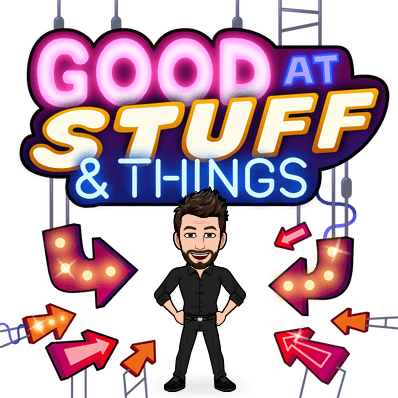